I’ve been crafting Harry Potter-themed items since my first reading of the Harry Potter and the Sorcerer’s Stone (Philospher’s Stone for those outside the U.S.).

When I turn back my brain to 1999, I’m quite sure one of the very first things I made was a Golden Snitch. That first Snitch was not an antennae ball, but a soft version with actual feathered wings that my kids played with during their enthusiastic quidditch matches!

You can find many of my Harry Potter craft ideas both on sewhooked and in the Harry Potter Crafts section of The Leaky Cauldron.

***Please Note: When using spray paint work outside or in a well ventilated area***

Place the antenna ball on the skewer.

Poke the skewer into the box or Styrofoam. This will hold the ball in place for painting and give it a place to dry.

Use gold paint to paint the ball. If using spray, follow manufacturer’s directions.

For brush on, if you have enough, dip the ball in the paint and allow most of the paint to drip back in the can before carefully placing it back in the drying area. Allow to dry overnight.

Cut two wing shapes out of the craft foam.

Using the Exacto knife, cut a small hole in the base of each wing and on either side of the ball where you want to place the wings. Do this by gently pushing the blade into the ball. It does not have to be very deep, just enough to poke the brad in.

Use the tip of the scissors to score the center of the wing (as shown on pattern). Do not cut, just create a gentle groove. This will help with the feathery shape of the wing.

Snip along the wing to create a feather shape (as shown on pattern). Stop 1/4″ from the scoring line.

Poke the brad through the hole in the wing. Place a dab of glue on the cut in the hole cut earlier in the ball and then push the brad into it, positioning the wing how you want it as you do so.

Repeat for the second wing.

Finishing touch – tack the wings together to keep them from drooping while they are on the antenna of your car.

This is part of my “Way Back Craft” series’; patterns, crafts, tutorials and general crafty memories before the days of this craft blog.

this tutorial also available on cut out + keep 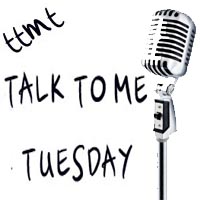