It has come to my attention that I bred earworms among many of my readers yesterday. Yes, yes, Save Ginny Weasley can definitely do that to you!!

Today’s shirt is very special to me. I didn’t stencil it. I didn’t reconstruct it. It came as-is and it’s perfect.

We had crafty meet-ups.

I gave away hundreds of buttons, as well as providing buttons for a number of podcasts.

We drank hurricanes and listened to Wrock. My BookCrossing group (now defuct), book-bombed all the common areas with free books. There were costumes, and characters and theorizing, and asking, repeatedly, urgently, Is Snape good or evil?

We went to a ball and got to be Cinderella, or Ginny, or Hermione…or Fawkes for a night.

This is the shirt I pull out when I’m feeling nostalgic for that all-too-short weekend. My sister and my best friend were there. There were friends from all over the world, all in the same hotel, breathing the same air. That conference was special, it hummed the feelings we were all having building up to the release of the final book, the one that would close our canon. For many of us, it was the first and the last time we got to see each other, to occupy the same space. Hopefully, very hopefully, it won’t be the last.

Yeah, a shirt really can make me feel all that.

2 thoughts on “Counting Down To Harry, Wednesday” 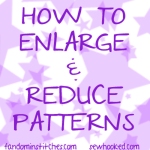